There are common reasons why some have fallen away from the faith.   For some, it may be a complete dismissal of Messiah, Torah, and the true history as opposed to the "theoretical" history of the world around us.   It may be that evolutionary ideas overwhelm the individual, and they can't find the answers they need to solve the mystery of 'the beginning'.   Other folks may fall away from the Messiah, Yahushua, but continue observing Torah.

One who 'discovers' that Pagan religions of antiquity have similarities to the patterns or beliefs taught in the Word of YHWH can falter, unless they can discern that the adversary has mimicked quite a few details.   The virginal birth of Messiah Yahushua is one case-in-point.   There are accounts of virgins giving birth in the teachings of Pagan religions around the world.   The reason for this is simple;  the adversary was given knowledge in advance that it would be the male child of a woman's seed that would be his nemesis:

"And I put enmity between you and the woman, and between your seed and her Seed.   He shall crush your head, and you shall crush His heel."  Bereshith/Genesis 3:15

Do you imagine this being was behind the Pagan religions, and designed them?   Sure.   He knew from the above text that a woman's seed, not a man's seed, was to produce a male child -- a child that would one day CRUSH his head (a death-blow).   Being smart, he stayed alert for this male child, and whipped up his own control system (religion) to keep tabs on the population.   This virginal birth idea wasn't his own, but he used it.   Satan is an imitator, and using this aspect has caused quite a few individuals to stumble, and stop believing in the true Messiah of Israel.   There's even some truth to be found in Pagan religions;  but if we concentrate on their darkness, we will find ourselves on the horns of many dilemmas.   Solutions may be unavailable to solve them for us, and we could become overwhelmed very easily.    If you cogitate on the fact that the virgin birth WAS imitated by the adversary, it lends credibility to the prophecy, referenced at Bereshith 3, Yesha Yahu 7:14, Mt. 1:23, Luke 1:34 and other texts.   Satan is a believer, but certainly not an obeyer!

Several believing brethren have left the faith in Yahushua, and adopted “Judaism” in its current man-made form.  Yahushua is the Author (Authority) of our faith, and has words of eternal life, but the superficial appeal of “holiness” draws some folks away from our humble, loving Redeemer. The world is growing more selfish every day, and the words of Shaul at 2 Timothy 3 (whole chapter) are coming into focus all around us in the world.  Actually, the whole letter of 2 Timothy is pertinent to what we see happening in the world. Worldly "holiness" according to the traditions of men can draw away those who are fleshly, and the lust of the eyes, and flesh, and pride of position in life corrupts the selfish minds of those who are perishing. They have rejected the Author of life, and resisted receiving a love for the Torah, and have been sent a strong delusion. They prefer the love of human tradition, and recognition.  They are like white-washed tombs; clean on the outside, and superficial; but inside they are without life. This is the ultimate hypocrisy, literally bordering on the supernatural.   Often some will want you to address them by their "title".    Yahushua addressed them to their face, and called them "hypocrites", which means "false-face".   Ancient Greek actors wore a happy or sad "mask" over their face which they usually held up with one hand by a thin stick.  The Greek word for "actor" is:  hypocrite.   Things like long tzitzitot (tassles), grim faces while fasting, or any behavior that is for outward show for others to notice is the same hypocrisy which Yahushua was referring to.   We can put on a "show" of spirituality, but if it's not authentic and inside of us, we're as dead as a white-washed tomb.   Beware of manipulators who overly-focus on outward appearances.   Yahushua used things common to everyone as examples when He taught about spiritual things.   He didn't even like using miracles for "show".

There has been a similar trend in the thinking of each of those who deny Yahushua as Mashiach.  Often, they begin finding what they perceive to be "contradictions" in what Shaul has written, such as Galatians. Many begin by resisting the "virginal birth" of Mashiach Yahushua.  They err because they have not made a firm study of the New (or Re-newed) Covenant.   Without Yahushua, these people cannot partake of the Brit Chadasha, and they have no foundation.   There is no other foundation other than to receive His life, and a love for His Torah.   Trusting in His blood atonement is the sealing element of this Covenant, but they seem to persist in putting their trust in physically circumcising themselves instead, to bring the Old Covenant seal back.   It is a misunderstanding of Shaul's writings that causes many to reject Yahushua.   Galatians was written to address the Re-newed Covenant's contrasting elements with the "law" of the circumcision, since this topic is discussed from the beginning to the end of the letter.

Others have denied Yahushua, and gone after King Dawid as the promised Mashiach;  yet 2 Tim. 2:8 tells us it is the SEED of Dawid, not Dawid himself.   Again, they have erred in this because they have rejected Shaul's writings.    If you will, stop and read 2 Kepha (Peter) chapter 2;  it relates directly to leadership in the faith that goes bad.

We must help those who remain, and not be distracted from our work by those who would only seek to waste our time. The harvest is ripe, and we must give the faithful seed our attention, not the tares.

One of the results of the work done in the harvest will be that many will hear the following lovely words:

“Well done, good and trustworthy servant. You were trustworthy over a little, I shall set you over much. Enter into the joy of your master.”

YOU CAN ORDER A NEW 2-DVD SET ON NAZISM FROM US: 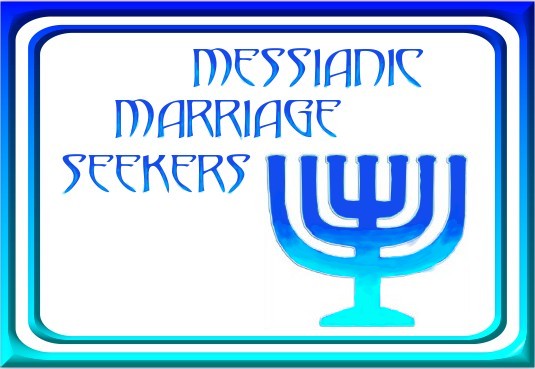 YHWH  -  FIND OUT ABOUT THIS NAME!