Our Mission Is About Our Message Teaching all nations to obey everything He commanded us to obey sums up our mission, and the message to them.  How this became muddled quickly at the beginning is explained by a TAX imposed on the behavior of those obeying the Commandments.

Endorsement is a way of aligning your chaplaincy with a religiously-oriented organization (faith-group) for “the world” to have a reference point (or niche) to put you into.

It's understandable that most everyone wants to know what “denomination” we are, so they can put us into a slot. Although we are only under the authority of Yahusha, our only Rabbi and “Nabi” (president), the world seeks to identify us by a general label.  The most commonly understood label (or faith-group) for us to use would seem to be “Messianic” so this would be the general term of identification for our walk.

There is only one body however it is highly fractured at this time  -  but Yahusha is actively working to restore us to His Covenant in unity.

Our Covenant identification is “Yisharal,” specifically Natsarim Yisharal, because we are:

1. in the Covenant (obeying the Torah of Yahuah), and

2.  holding to the testimony of Yahusha, believing in Him, and obeying Him.

When needed, I accept the role of endorser for chaplains that believe and teach Torah obedience and trust in Yahusha for salvation, whether military or otherwise, for the faith-group “Messianic.”

We differ from Christians primarily in the area of Torah observance, but we have all the love in the world for Christians; however we could not endorse a Christian chaplain.

This would align us with lawlessness.

Many who follow Torah have not come to a knowledge of the Name, so through exposure to it perhaps more will embrace this wonderful truth.

Working as an associate for Torah Institute, I am in a position within a recognized organization that can endorse any Messianic chaplain.

If you decide to align yourself with this institute as your faith-group endorser, all that is needed to do is for us both to agree on this alignment, and we will need to create a file folder with your name, address, phone, e-mail, and a general statement of your beliefs as a “Messianic” follower of Yahusha. Our Scriptural label is found at Acts 24:5, the Natsarim. 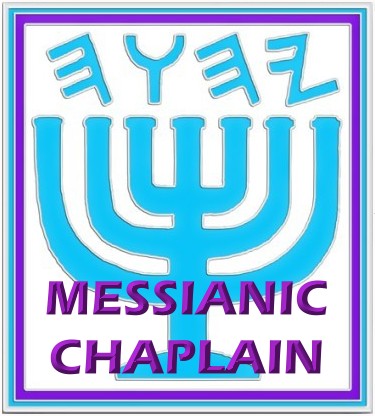 For those in the U.S. military serving as chaplains who are seeking a civilian endorser for the Messianic faith group, NATSARIM, contact Lew White:

Our walk is according to the Torah, because we feel it is vital to be in the Covenant with the Creator, Yahuah. The Mediator of the Re-newed Covenant is Yahusha ha'Mashiak, Who writes a love for His Covenant upon our hearts. Sometime soon, we hope to become recognized by the Pentagon as the Natsarim faith group, but until then chaplain candidates who wish to officially be called "Messianic chaplain" may contact the endorsing executive of The Coalition of Spirit-Filled Churches (a Christian organization that is sympathetic to Messianics).

Click on this line for a statement of Messianic faith and teachings, with casual questions and answers on many topics.

Messianics are followers of Yahusha ha'Mashiak of Natsarith who also obey Torah (The Covenant with Yisharal).

While there is a Christian misunderstanding of this term Messianic, perhaps this can be better understood if properly explained.  Men and women who were raised in "Jewish" homes and synagogues occasionally find their Messiah, and they are given the label "Messianic" to distinguish them from "Christians." Christians have preferred to refer to themselves as "gentiles," and they usually consider those raised in "Judaism" as non-gentile. A gentile is anyone that is a foreigner to the Covenant with Yisharal, and thus an unbeliever because they do not obey the Commandments. Usually they were considered to also be idol-worshippers.

This distinction between a "Jewish" (Yahudi) believer in Yahusha and a "gentile" believer in Yahusha creates a "two-body" system, yet in Messiah there is only one body. This is the "wall of separation" or "dividing wall" between the native-born Yisharalite and the foreigner brought near through the Covenants that was abolished in Yahusha's flesh, in order to create in Himself ONE NEW MAN. Gentiles who convert (obey the Covenant and trust in Yahusha's atonement) are no longer "gentiles," so in reality they become "fellow citizens" of Yisharal. This conversion is accomplished by immersion, calling on the Name of Yahusha for deliverance. Yahusha fully translated means "I am your Deliverer." Immersion is our pledge to be obedient servants, and we accept the atoning blood of Yahusha offered for our crimes, and commit to obey the Commandments in the power of Yahusha, Who comes into us to share His Mind with us (the Paraklita).

There is to be no distinction between a native-born and a foreigner:
"For it is by (chasid, unmerited lovingkindness) you have been saved, through faith-and this not from yourselves, it is the gift of (Alahim), not by works (of men's hands, i.e., circumcison), so that no one can boast.  For we are (Alahim)'s workmanship, created in (Mashiak Yahusha) to do good works, which (Alahim) prepared in advance for us to do. (These "good works" are the Torah, the Covenant with Yisharal).

Therefore, remember that you who were formerly Gentiles in the flesh, and called "uncircumcised" by those who call themselves "the circumcision" (that done in the body by the hands of men)-  remember that at that time you were separate from (Mashiak), excluded from citizenship in Yisharal and foreigners to the covenants of promise, without hope and without (Alahim) in the world.  But now, in (Mashiak Yahusha), you who once were far away, have been brought near through the blood of (Mashiak).

For He Himself is our peace, who has made the two one, and has destroyed the barrier, the dividing wall of hostility,  by abolishing in His flesh the law with its commandments and regulations (the ceremonial law, not the Torah).  His purpose was to create in Himself one new man out of the two, thus making peace,  and in this one body to reconcile both of them to (Alahim) through the (tree), by which He put to death their hostility."   - Eph 2:8-16

The conclusion to draw from these clear writings is that there is no one who currently obeys the Covenant that is a "gentile"  -  they may have been "formerly Gentiles in the flesh", but are now members (or better, "fellow citizens") of Yisharal.  This is not an allegorized, "spiritual" Yisharal as many have supposed through other misunderstandings, such as the doctrine of "Replacement Theology."  While the term "Yisharal" can be used to apply to a geographic area, in Scripture this term refers to those who have joined themselves to Yahuah through His Covenant, also known as His Torah (the Ten Declarations/Words). Through the centuries, there has been a "gentilization" of the faith, a falling-away (apostasy) from Torah observance, and the adoption of formerly Pagan terms and observances. The Shabath and moedim (appointed times) were sabotaged/replaced, the Name was destroyed/ruined in favor of non-specific, generic references, and over time the persecuted became the persecutors.

"Consequently, you are no longer foreigners and aliens (gentiles, goyim), but fellow citizens with (Alahim)'s people and members of (Alahim)'s household,  built on the foundation of the apostles and prophets, with (Mashiak Yahusha) Himself as the chief cornerstone. In Him the whole building is joined together and rises to become a (qodesh, set-apart) temple in (Yahuah).  And in Him you too are being built together to become a dwelling in which (Alahim) lives by His Spirit."   Eph 2:19-22

Congregations that separate themselves apart from the concepts in the above texts are of man-made origin, and have produced the "denominationalism" we see in today's world.  We should all strive to enter into the Covenant, and believe in the atoning work of Yahusha. The fear that many seem to have is that the "Commandments are too difficult to obey," and if we obey the Commandments of Yahuah, we are "legalists."

The Commandments teach us how to love Yahuah and one another.

“Blessed are those doing His Commands, so that the authority shall be theirs unto the tree of life and to enter through the gates into the city."
REVELATION 22:14  (There's only 12 gates, each named for a tribe of Yisharal).

Great shalom have they which love thy TORAH: and nothing shall offend them."  Psalm 119:165

(TORAH) and hold to the testimony of Yahusha."  Rev 12:17
"Let no man therefore judge you in meat, or in drink, or in respect of a festival, or of the new moon, or of the Shabath days which are a shadow of things to come for the body of (Mashiak)."
Col 2:16-17

The meaning of the word

1340, from O.Fr. chapelain "clergyman" from M.L. cappellanus "clergyman" orig. "custodian of St. Martin's cloak" (chapel).   Replaced O.E. capellane, from the same M.L. source.
Chapel:
c.1225, from O.Fr. chapele, from M.L. cappella "chapel, sanctuary for relics," lit. "little cape," dim. of L.L. cappa "cape." originally the sanctuary in France in which the cape of St. Martin of Tours was preserved; meaning extended in most European languages to "any sanctuary."

A chaplain today does not care for, wear, or even possess a cape, with the exception perhaps of certain bishops within the Catholic or Anglican Churches.  The pope wears a cape, and you may recall the style of royal cape worn by kings that often is made of leopard skin. People today who are called chaplains can read (clergy), however they are not the custodians of the cloak of Martin.  The word "clergy" is from the Greek clericos, becoming the Latin clericus, and simply means "literate one"  -- a person that can read.   So, the words clergy, cleric, and clerk are all derived from the Greek word meaning "literate one".  They simply took on secondary meanings because the common people were so "illiterate"  -  their oppressors were those who could read, and education was controlled because knowledge was power  -  and still is.  Your chaplain can read, so he is "clergy", and so are you if you can read this.  If he "oppresses" you now, it is only to repent and obey your Creator, Yahuah.  The term "chaplain" used here is a pronoun, and not a nicolaitan pedestal to stand upon.

It is not a rank, but pertains to a particular "job", nothing more.

For those interested, the crown and scepter of a king are both symbolic of:

crown:  the horns of an ox, symbolizing strength and power.

scepter:  a shepherd's staff to prod or pull, directing the sheep.

And The Christmas Tree Custom - CHECK IT OUT AT: www.fossilizedcustoms.com/asherah.html

When we abide in His Word, we know the Truth. 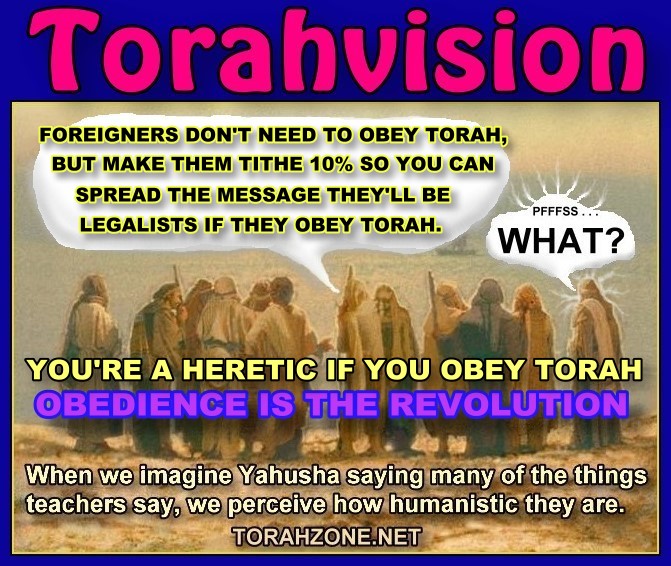