Is LAZARUS the same person we know as JOHN,

"the disciple whom Yahusha loved"?

IS THE AUTHOR OF REVELATION STILL ALIVE  -  part 2
"Just as man is destined to die once, and after that to face judgment,  so (Mashiak) was sacrificed once to take away the sins of many people; and He will appear a second time, not to bear sin, but to bring salvation to those who are waiting for Him."   Heb 9:27-28 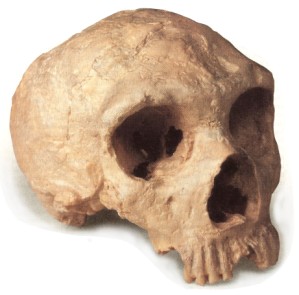 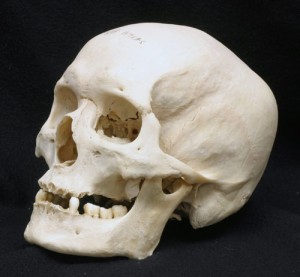 Death has always been one of mankind's greatest fears.  If we want solid teachings on this subject, all we can rely on is what Scripture reveals.  LIFE is what we are to choose, and that is received through the Covenant, mediated by Yahusha  --  not interceded through ANY other man or organization.

Apparently, our Creator Yahuah wants us to leave all future events, and our death, in His hands entirely.  Still, everyone wonders about their own death.  I'm going to treat this topic somewhat differently than you might expect, and guide you through select Scriptures that will expand on your concepts about DEATH, but also reveal a relationship that Yahusha had that is often overlooked. Yahusha took direct control over the death of one of His most beloved disciples. Yahusha spoke to Kefa (Simon Peter) about how he would die, then Kefa asked about another disciple's death, the disciple whom Yahusha loved :

"'I tell you the truth, when you were younger you dressed yourself and went where you wanted; but when you are old you will stretch out your hands, and someone else will dress you and lead you where you do not want to go.'   Yahusha said this to indicate the kind of death by which Peter would esteem Alahim.  Then He said to him, 'Follow Me!'

Peter turned and saw that the disciple whom Yahusha loved was following them.  (This was the one who had leaned back against Yahusha at the supper and had said, "Marya, who is going to betray you?")   When Peter saw him, he asked, 'Marya (Hebrew term for Master), what about him?'

This is the disciple who testifies to these things and who wrote them down.

We know that his testimony is true."
John 21:18-24  The rest of what you are about to read doesn't affect anything doctrinal, but it is certainly interesting.

If this disciple is still alive (because Yahusha hasn't yet returned), we could ask him many things!  Perhaps Kefa was interested in knowing about the outcome of this disciple whom Yahusha loved because it was Alazar (Lazarus, aka Elazar), whom Yahusha had raised from the dead.  One clue related to the above is given at Mt. 16:27,28, where Yahusha speaks of the time of His return, then mentions something very curious:

“For the Son of Adam is going to come in the esteem of His Father with His messengers, and then He shall reward each according to his works.  Truly, I say to you, there are some standing here who shall not taste death at all until they see the Son of Adam coming in His reign.”

"Therefore this word went out among the brothers that this taught one would not die." - 21:23.

Who is this disciple whom Yahusha loved?  Most authorities accept it to be the traditional "JOHN".  But in the "Gospel" of "JOHN" there is not a single indication that the writer is named JOHN, but rather he identifies himself as "the disciple whom Yahusha loved."  His name may well have been Yahukanon/Yohanon; some of the talmidim hadmore than one name.  Shaul and Paul (Acts 13:9), John, also called Mark (Acts 12:25), Even "Kefa" was also called Simon, and Peter (Mk. 3:16).

Let's investigate further who it was that Yahusha loved so much that everyone knew about it.  He obviously had grown close to a particular family of two sisters and a brother that lived in Bethany, and had probably been close to them most of His life.  Their names were Miryam, Martha, and Alazar (Lazarus).  Let's read about them, and how THEY dealt with DEATH:

"Now a man named Lazarus (Alazar) was sick.  He was from Bethany, the village of Miryam and her sister Martha.  This Miryam, whose brother Alazar now lay sick, was the same one who poured perfume on the (Master) and wiped His feet with her hair.  So the sisters sent word to Yahusha, ' Master, the one you love is sick."  John 11:1-3

The disciple whom Yahusha loved   =  Alazar?   (Who MAY HAVE also been known as "John"  -  we don't know).  But, we know that the Yahudim sought to KILL Alazar also, because many had come to believe in Yahusha because of his Alazar's resurrection from the dead:

"Meanwhile a large crowd of Yahudim found out that Yahusha was there and came, not only because of Him but also to see Alazar, whom He had raised from the dead.  So the chief priests made plans to kill Alazar as well, for on account of him many of the Yahudim were going over to Yahusha and putting their faith in Him.

The next day the great crowd that had come for the Feast heard that Yahusha was on His way to Jerusalem.  They took palm branches and went out to meet Him, shouting,

The possibility exists that Alazar, the disciple whom Yahusha loved, decided to use another name (Yahukanon, aka John), because he was a hunted man, or he could have always had that name, and is the same fellow we've always thought he was.  So, if we "connect the dots", we may equally assume that this man was also Alazar. The plot to KILL Alazar may have been on-going, yet unsuccessful.  Traditional records state that "JOHN" was boiled in oil 3 times, and finally EXILED to die of old age on Patmos.  But, perhaps "JOHN" cannot die of old-age!

On Patmos, he wrote the book of Revelation, and identified himself as Yahukanon.  The two authors that speak of a "Lazarus" are Luke and "John."  Indications are that these are not the same "Lazarus," but two different men  -  one was resurrected by Yahusha, and the other was spoken of as being in the "bosom of Abraham".

The "bosom of Abraham" is an idiom for the grave. It is most certainly not in "heaven" because Scripture tells us:

"No one has ever gone into heavens except the one who came from heaven- the Son of Adam."   John 3:13

This means that my dead grandmother has not "ascended" anywhere  -  she's still buried, awaiting the Voice of Yahusha
to call her forth, either to eternal reward or eternal damnation (destruction) in the lake of fire.

The "veil" of the spiritual world seems to be some sort of impassable "great chasm" - neither side can cross-over to the other without being endowed with the ability from Yahuah.  Those who are dead may occupy the same "space" we who are alive dwell in, yet each side is unaware of the other.  (This is conjecture, since no one alive knows how it works).

The account of the raising of Alazar seems to be a special case, because his "bindings" had to be removed:

"Then they took away the stone from the place where the dead was laid.  And Yahusha lifted up his eyes, and said, Father,  I thank you that you have heard Me.  And I knew that you hear Me always:  but because of the people which stand by I said it, that they may believe that You have sent Me.  And when He had spoken this, He cried with a loud voice, 'Alazar, come forth!'

And he that was dead came forth, bound hand and foot with grave clothes: and his face was bound about with a napkin.  Yahusha said to them, 'Loose him, and let him go.'"   John 11:41-44

Alazar's being, or nefesh, was restored to operate in his former body again.  When Yahusha returns, He will raise the dead that have been in a Covenant relationship with Him (Yisharal), and those who are alive will be changed in the twinkling of an eye, clothed with immortality (our blessed hope).  He will return to raise many of the dead citizens of Yisharal (His bride), and to slay those who are attacking the land of Israel, and His people (all nations, the UN).   Our faith in His Resurrection and His power to give us eternal life makes us very different from others who are not in the Covenant with Him.  We do not fear death as they do, because we know He has overcome this "last enemy" for us.  His own Resurrection from the dead is all the evidence we need to have the hope that we have.  Our physical death will not END in eternal death.

"When He heard this, Yahusha said, 'This sickness will not end in death.  No, it is for Alahim's esteem so that Alahim's Son may be esteemed through it.'  Yahusha loved Martha and her sister and Alazar.  Yet when He heard that Alazar was sick, He stayed where He was two more days.
Then He said to His disciples, 'Let us go back to Yahudia.'
'But teacher,' they said, 'a short while ago the Yahudim tried to stone You, and yet You are going back there?'

Yahusha answered,  'Are there not twelve hours of daylight?  A man who walks by day will not stumble, for he sees by this world's light.  It is when he walks by night that he stumbles, for he has no light.'   After He had said this, He went on to tell them, 'Our friend Alazar has fallen asleep;  but I am going there to wake him up.'

On His arrival, Yahusha found that Alazar had already been in the tomb for four days.  Bethany was less than two miles from Yerushaliyim,  and many Yahudim had come to Martha and Miryam to comfort them in the loss of their brother.  When Martha heard that Yahusha was coming, she went out to meet Him, but Miryam stayed at home.

'Master,' Martha said to Yahusha, 'if you had been here, my brother would not have died.  But I know that even now Alahim will give you whatever you ask.'

The term "Lazarus" grew out of Alazar + us (Greek adds "S" ending for masculine names).

Here's the list of "JOHNS" that we know about from Scripture:

SEND THIS PAGE TO YOUR GROUP OR FRIENDS

To read Part 1 of this study, visit:    REVELATION    Is the author of Revelation alive?

IF YOU ARE CONSIDERING BEING IMMERSED INTO Yahusha'S NAME, SEE THIS LINK: 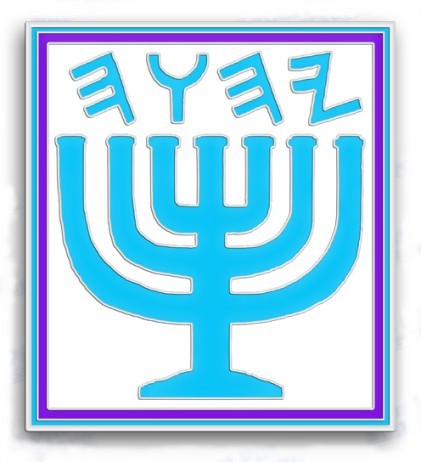 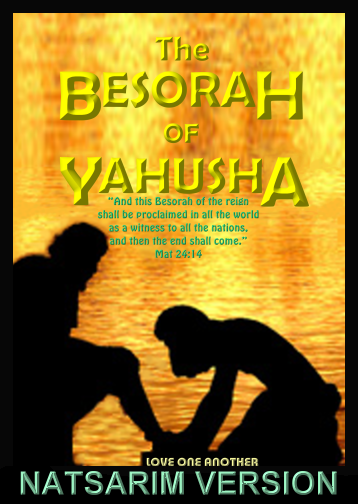