Arguments over words cause divisions.

“Remind them of this, earnestly witnessing before the Master, not to wage verbal battles – which is useless – to the overthrowing of the hearers. Do your utmost to present yourself approved to Yahuah, a worker who does not need to be ashamed, rightly handling the Word of Truth. But keep away from profane, empty babblings, for they go on to more wickedness, and their word shall eat its way like gangrene. Humenaios and Philetos are of this sort, who have missed the goal concerning the Truth, saying that the resurrection has already taken place, and overthrow the belief of some.”  - 2 Timothy 2:14-18

WINE - Did Noak get drunk on grape juice?

Barashith / Genesis 9:20-21 shows that Noak planted a karem (vineyard, cultivation for producing grapes), made yayin from them, and became drunk. This is the alcoholic kind of grape wine, or vino, that Proverbs 20 warns us about taking too much of. Yahusha was offered strong drink as He was suffering greatly, and refused it, even though Proverbs 20 mentions we should give strong drink to him that is perishing. Yahusha wanted to be fully conscious, without impairment. Paul advised Timothy to take a little vino / yayin as a medical treatment for his nerves. The kohenim were not allowed to be intoxicated while serving in the Mishkan, which implies that other times they might have a little hooch. At celebrations like the marriage attended by Yahusha, it was alcoholic. The wine we will drink with Yahusha at our marriage festival - which He said He would not drink of until that time with us - will be alcoholic. 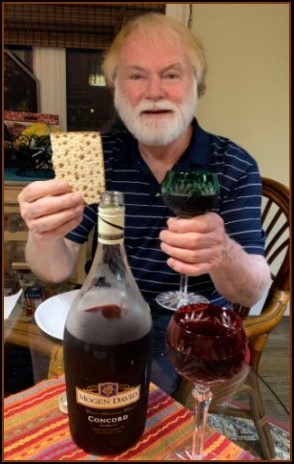 Yahusha's followers have corrected many things our fathers had corrupted. Our lips are being purified (ZefanYah 3:9). Some teachings only strain to condemn the use of everyday words, without edification or love.

A new trend has arisen promoting the idea that words like bless, blessed, and blessing are evil words because pagans use them, and that the word is based on the word blood. Does this also imply that we should not use the word blood? We must not stand by idly and watch others shoot themselves in the foot. Yahuah does not want us to take the names of foreign deities on our lips (Ex. 23:13, Ps. 16:4). How does this apply to words that are not such names? Videos with scary music and images are popping up on the Internet telling people to avoid the use of words deemed inappropriate.

The Truth will set us free from such false reasoning.

"BLESSED" AS A TRANSLATION

The Hebrew word BARUK (H1263, BETH-RESH-UAU-KAF) means delightful, joyful, favorable, blissful, and happy. Some are afraid to use the word “HAPPY” because they have been told it is the proper noun for an Egyptian deity, HAPI. Even the Hebrew words BAAL (lord, owner), ADON (sovereign), and AL (strong one) have been called into question, but these only become problematic if used to refer to pagan deities – as names – not clean, useful pronouns.

The etymology for bliss is Old Saxon, BLIZZA.

The word BLIZZA informs the later Old English word BLOD, as the sound of the letter combination DZ evolved to the ending D.

BLOD is the etymology of the English word BLOOD.

Many are very concerned that “BLESS” is a tainted word because it is associated with the word BLOD. Pagans use the same word, so this automatically means it must be completely avoided, right?

This word BLESS is not a pagan deity’s name, but a word used by pagans. Exodus / Shemoth 23:13 orders us to never take the names of foreign alahim on our lips. It does not tell us to avoid the language – written or spoken - of unbelievers, pagans, scoundrels, idolaters, or people named “George” based on the fact it’s Greek for “earth-worker.”

If we don’t want to use the word BLESS because it is used by pagans, then taking the reasoning to its logical conclusion we would have to also avoid the use of the word BLOOD.

Our hearts (minds, thoughts) are sprinkled with the precious blood of Yahusha (Heb. 9:19, 10:22). In an abstract way, we can also apply the word "blessed" in this context with the same meaning of the Hebrew word BARUK.

Pagans may use thousands of words to communicate, and some of them for their ritual expressions, such as kill, sacrifice, giving, offering, Sun, Moon, or the word “drink.”

Psalm 1 begins with the word ASHER, meaning happy, blessed, joyful, blissful. If we use the word BLESSED as a translation, there is no blood expressed in the meaning. When a word is used, the context it is used in informs how we apply meaning to it.

It doesn’t mean we apply every meaning a word may have listed in the dictionary; we have to discern the meaning from the context in which the word is used.

At Malaki 4:2, we see translations such as the KJV or NIV read:

“the Sun of righteousness,” as the Hebrew word SHAMASH (H8121) can mean “Sun.” Primarily the word means SERVANT, and the Sun is “called” SHAMASH because it is a servant.

Pagans later worshipped the Sun, and named it SHAMMASH.

The phrase at Malaki 4:2 should be translated: “Servant of righteousness” because the Sun is not what the context is referring to.

In the same way, the meaning of a word like BLESS is based upon how it is used in the specific context. If we apply all possible meanings to every word we use, confusion will increase dramatically. Where a word is from is not the problem. The problem is our attitude about where the word is from.

“But keep away from foolish questions, and genealogies, and

strife and quarrels about the Torah, for they are unprofitable and