friendly link
Jordan Retro 13 Xiii Shoes adidas Originals NMD XR1 Shoes Nike Air Max 95 Discount Wholesale NHL Jerseys Wholesale Sportswear Fashion-Nike Wholesale Retro 13 Shoes Timberland Classic 6 Inch Premium Adidas Schuhe Top-Marke im Online Shop kaufe Chaussures Adidas Femme Homme Nike NFL Jerseys
NATSARIM FACIAL RECOGNITION
Today’s verses at BibleStudyTools.com encompassed the text at Acts 24:5, one of the texts Torah Institute proves that our true identity as followers of Yahusha is NATSARIM.
This is a prophetic term for us, from *Jer. 31:6.
At some point the Greek term “CHRISTIAN” overtook what we are really named. At Antioch, at “first”, the Natsarim were called “christianos” (Acts 11:26).
The term christianos is found 3 times in all of Scripture, and was a common term of scorn or offense, as outsiders considered the believers to be simpletons, or idiots, for their goodness and kindness. It is a term associated with persecution, scorn, and offensiveness. The Natsarim were identifiable on their faces because they had Someone living inside them that changed their countenances.
The Natsarim were extremely offensive to people due to their out-going love for all, and their facial expressions gave them away.
Even today, in many parts of the world, to smile at a stranger is considered to be offensive. The half-smile on the famous painting the Mona Lisa caused a stir all over Europe at the time, and art critics even today realize the “smile” was the central object of interest. All portraits and busts over the centuries exhibited stern countenances. Leonardo Da Vinci stepped outside the box with the Mona Lisa. Compare the difference between the portrait of Beethoven pictured here with the maiden called “Moon Lily” (Mona Lisa): 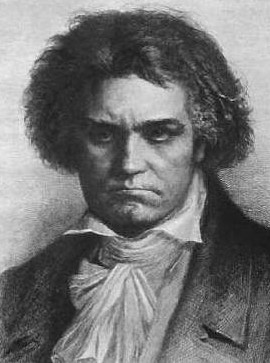 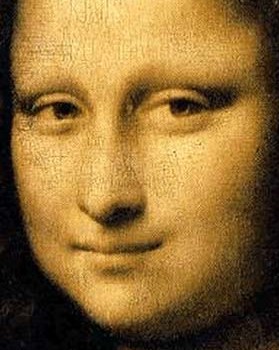 Do you see the contrast? The portrait of Beethoven reflects the common facial expression captured by artists, but this was also the way people actually looked to one another on the street! When people received the living Spirit of Yahusha in their vessels, their countenance reflected their love for others on their faces.
The label “christian” has been accepted over the centuries, but today the Natsarim are shedding the Greek culture, along with its labeling, hierarchical ranking, and ecclesiastical “powers”.
The best way to prove what you’re reading here is to look up the source-word for another word: CRETIN:
(THIS WORD IS NOT ASSOCIATED WITH THE WORD “CRETAN” - THAT’S A PERSON FROM CRETE)

ABOUT THE NAME OF YAHUAH: