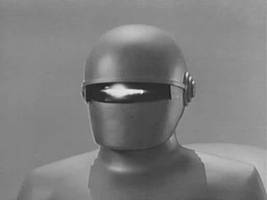 QUESTION:
“I am curious, are Yahshua the messiah & Michael the Archangel the
same being? and can you show me scripture for this either way? the
reason for asking is, I know that some of the Sacred name assemblies
out there & the Jehovah's witnesses as well, however their argument is
very weak in supporting this notion . . . .”
ANSWER:
Mikal (mem-yod-kaph-alef-lamed), one of the chief “princes”, or malakim, came to the assistance of another messenger named Gabrial (Danial 10). Mikal is a malak, a guardian over the people of Yisharal (Israel). We read about this guarding warrior in Danial, Yahudah (Jude), and Revelation.
All the malakim are referred to as “sons of Yahuah”. The use of gender in certain instances relates the general idea of “children” or offspring, but not in the procreative/begetting sense as we in the flesh experience. They are creatures, having a beginning-point. As far as we know, they are the first sentient spiritual beings created by Yahuah. They are referred to collectively in the book of Iyub (Job) as “stars”:
“Upon what were its foundations sunk? Or who laid its corner-stone, when the morning stars sang together, and all the sons of Alahim shouted for joy?” Iyub 38:6, 7
We should keep in mind that Hebrews 13:9 advises that we not be tossed about by strange teachings.
As for the identity of the Mashiak, the only procreated/begotten Son of Yahuah, most have no clue Who He really is.
Only Yahusha reveals His identity to us, as He did to Phillip.
That identity was not Mikal, but it turns out that Yahusha is Yahuah Himself, the FATHER:
John / Yahukanon 14:7-9:  “If you had known Me, you would have known My Father too. From now on you know Him, and have seen.”
Philip said to Him, “Master, show us the Father, and it is enough for us.”
Yahusha said to him, “Have I been with you so long, and you have not known Me, Philip?
He who has seen Me has seen the Father, and how do you say, ‘Show us the Father’?”
Yahusha did not say “He who has seen Me has seen Mikal”, but “he who has seen Me has seen the Father.”
Mikal is a creature, and must travel through space and time. Yahuah is the Creator, not a creature, and is omnipotent, omnipresent, and omniscient.
Luk 10:22-24:  “All has been delivered to Me by My Father, and no one knows Who the Son is, except the Father, and Who the Father is, except the Son, and he to whom the Son wishes to reveal Him.”
And turning to His taught ones He said, separately, “Blessed are the eyes that see what you see, for I say to you that many prophets and sovereigns have wished to see what you see, and have not seen it, and to hear what you hear, and have not heard it.”
It is never allowed for anyone to bow before any malakim, so by deduction, the possibility that Yahusha is one of the malakim is completely eliminated from the scene. Romans 14:11 and Philippians 2:10 tell us that every knee will bow to Yahusha.
One of the texts that shows us that we may only bow to Yahuah Himself is here:
Rev 19:10:  “And I fell at his feet to worship him, but he said to me, “See, do not do it! I am your fellow servant, and of your brothers who possess the witness of Yahusha. Worship Alahim! For the witness of Yahusha is the Spirit of prophecy.”
Only Yahuah is omnipresent, and His Spirit, Whom we refer to as Yahusha, indwells us though we are many.
No messenger can be in two places at once, as they can even be detained by fallen malakim as indicated in the book of Danial.
Yahusha doesn’t fight or resist fallen malakim, He speaks to them and they obey Him.
He created them:
Col 1:15-17: “. . . . who is the likeness of the invisible Alahim, the first-born of all creation. Because in Him were created all that are in the heavens and that are on earth, visible and invisible, whether thrones or rulerships or principalities or authorities – all have been created through Him and for Him. And He is before all, and in Him all hold together.”
Mikal cannot create anything, all he could do is sing and shout as it was being done.
Yahusha has all authority in Shamayim, and a single creature that He created would not detain Him in the least.
Yahusha told Yahukanon He is Al Shaddai at Revelation 1:8, and the Alef-Tau.
There’s much, much more we could bring up about this, but I hope this sufficiently puts the issue to rest.
Mikal is not Yahusha; such an idea is absurd. If we're going to be absurd, why not pretend Klaatu or Gort is the Mashiak? The movie The Day The Earth Stood Still will one day become a reality, and it will be the second coming of Yahusha that will cause all activity to stand still.  Be still, and know that He is Alahim. A second question was asked by the same person: www.fossilizedcustoms.com/pardez.html