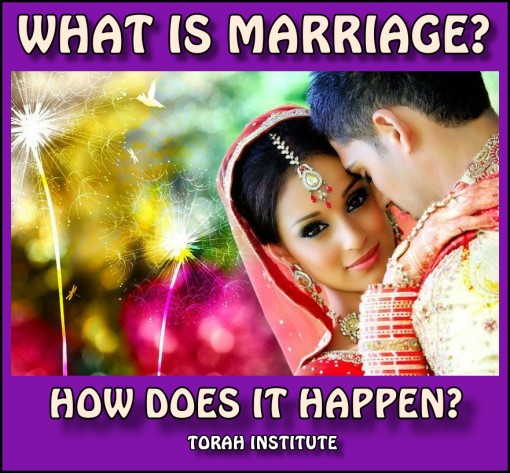 Is a marriage a covenant between a man and woman, pledging to serve one another until one of them dies? Absolutely, yes.

Who is the power of marriage vested in?

The truth is so bizarre compared with what we are conditioned to think marriage is, it will seem completely inappropriate at first glance. Religious authorities, and governments, act in very similar ways. Yahuah brings a man and woman together, and any other power that attempts to encroach on His authority is a prop, or hoax - but people believe other authorities are real. The first man and woman had no ceremony; Yahuah brought the ashah to Adam, and they became one flesh. Yahuah was very much involved, and Yahusha mentioned how He made them male and female (Mt. 19:4-6). When Yitshaq and Rebekah became man and wife, Abraham wasn't present. How did they manage it? First, Rebekah's brother and mother accepted the proposal from Abraham's servant Alazar, and then Rebekah accepted, even before meeting Yitshaq.

There may or may not be a celebration party (such as the celebration we read of about the wedding at Kana), which today is called a reception. Some celebrations might last many days. But, in the case of Yitshaq and Rebekah, look at how the two became man and wife:

"And Yitshaq brought her into his mother Sarah’s tent. And he took Rebekah and she became his wife, and he loved her. Thus Yitshaq was comforted after his mother’s death." - Gen / Barashith 24:67

This strikes at the heart of the artificial powers claimed by religious and state authorities, and the shallowness of engagement / wedding rings, wedding gowns, ceremonies, long engagement periods, and all other human traditions that strangle young couples. Everyone is so confused, people don't even know they're married when they live together as a married couple does.

They are married, and a ceremony doesn't make them any more married than they already are. We have been looking at things only from our fleshly viewpoint for far too long. Yahuah brings us together, and no one else. 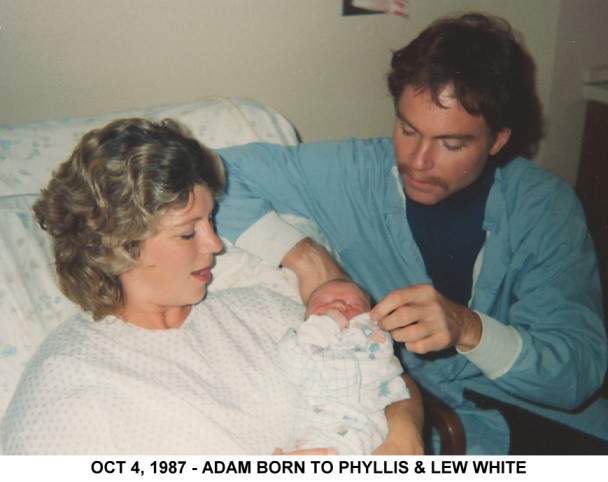 This 1987 photo was taken at the hospital immediately after Adam’s birth. Adam is our 2nd son.
Our 1st born, Michael, is 6 years older than Adam.
Both Phyllis and I had been given Yahusha’s Spirit just before Adam’s conception.
This is an example of a marriage, and its purpose:  righteous offspring.

A marriage is a covenant between a man (male) and a woman (female) according to the highest of all authorities.

The "law of first mention" gives any word or concept its most complete and accurate meaning to not only serve as a "key" in understanding, but to also provide a foundation for its fuller development later in time.

"And the rib which Yahuah Alahim had taken from Adam He made into an ashah (female), and He brought her to the Adam. And Adam said, 'This is now bone of my bones and flesh of my flesh. This one is called ashah, because she was brought forth in kind.' For this cause an ash (male) shall leave his ab (father) and am (mother), and cleave to his ashah (female), and they shall become akad (one) basar (flesh)."

A question from a sister confused over a teaching:

Hi Lew, shalom to you!

I have a really serious question to ask you. I am torn in a situation because I've been listening to a very good teacher on YouTube, as yourself, and he believes that if you are in the name of Yahuah, Yahusha, honoring Shabbat, tassels, festivals, etc.... and you have a spouse who doesn't, you must leave (divorce) this person.

Because that spouse is also honoring pagan holidays, birthdays, etc....and we are not to unite ourselves anymore to this or have these things in our home, in "our" lives since we have been called out of Babylon. He talks about the men who were with pagan women and they also had children with them. But these men repented to Yahuah and sent (divorced) their women and children away from them since they did not worship or honor Yahuah. This is in Ezra 9 and 10.

In the New Testament.....Yahusha says anyone who loves their mother, father, husbands, wives, children more than Him is not worthy of Him. And yet, look at Matt 19:1-9.

PLEASE tell me your thoughts.

Thank you for your research on this, consulting more advice than just one source.  Also, thank you for not revealing the name of the teacher of this sad doctrine.  The reason this teacher may have drawn such a conclusion could be due to dodging Scriptures that guide us toward marriage, and working things out between one another.  Sound doctrine leads to love, bad doctrine divides and leads to chaos and hatred.

For example, we know there are “Paul-haters” out there, so if this teacher has dismissed Paul’s writings, then much is missing from the complete picture.

Yahusha used His emissaries to explain Torah, and how to love Torah.  Torah needs to be used properly, with the goal of love.  If Torah is used to divide and destroy one another, it is being misused.  To many, I’m also a false teacher, a Sabbath-breaker, and idolater. Bad fruit is produced by bad trees, and a broken marriage is certainly bad fruit in itself. Legitimate use of the Torah is obvious, since love is the goal of Torah:

Ti 1:5-8:  “Now the goal of this command is love from a clean heart, from a good conscience and a sincere belief, which some, having missed the goal, turned aside to senseless talk, wishing to be teachers of Torah, understanding neither what they say nor concerning what they strongly affirm. And we know that the Torah is good if one uses it legitimately . . .”

The advice to divorce one’s partner in marriage because one of them comes to faith ahead of the other is against the heart of Yahusha. They were both outside the body of Yahusha when they were joined in the bond of marriage.

Yahuah states that He hates divorce, and we all know that the primary target of the enemy is marriage, the foundational covenant formed in the bond of love and established by Yahuah.

Here is what Yahusha said concerning marriage, quoting His Own Word:

Mat 19:4-9:  “And He answering, said to them, ‘Did you not read that He who made them at the beginning made them male and female, and said, ‘For this cause a man shall leave his father (ab) and mother (am) and cleave to his ashah, and the two shall become one flesh’?

So that they are no longer two, but one flesh. Therefore, what Alahim has joined together, let man not separate.’

They said to Him, ‘Why then did Mosheh command to give a certificate of divorce, and to put her away?’

He said to them, ‘Because of the hardness of your hearts, Mosheh allowed you to put away your wives, but from the beginning it was not so.

[Did you notice Yahusha said “He who made them at the beginning made them male and female”?]

Mal 2:16  “For I hate divorce,” said Yahuah Alahim of Yisharal, “and the one who covers his garment with cruelty,” said Yahuah Tsabaoth. “So you shall guard your spirit, and do not act treacherously.”

Here’s a paragraph I composed this morning that relates to marriage, and the artificial unions being discussed today:

ABOMINATION OR MARRIAGE?  The real thing exposes the artificial.

Whether it is an abomination, or a marriage, depends on who's perspective is considered.

Truth goes through 3 stages.  First, it's dismissed as ridiculous;  Second, it's violently opposed;  Third, it's accepted as self-evident.  The Truth is, marriage has always been the covenant bond from which a human family results, and off-spring is the goal.  The persons involved, the State, or a religious institution cannot establish a marriage, since the Creator is the One that brings together the components for which they were created.  The persons involved, the State, or a religious institution can only accept or reject this Truth. The Facilitator of marriage is Yahuah Alahim, the Potter, we are the clay.  What He calls a marriage is what matters. What He calls an abomination is what matters. The State or a religious institution cannot create the covenant of marriage, it is only assumed.  Yahuah alone brings together what He does to serve His purposes;  we can at best presume to do so, or make imitations of His handiwork. Yahuah created the bird, mankind fabricates the airplane.  Mankind cannot create a bird, only imitations of the real thing.  This world ignores the Truth because it ignores the One Who created it because they are guided by Humanism, or what was called Naturalism a century ago.

(Isaiah) YashaYahu 64:7, 8:  "And there is no one who calls on Your Name, who stirs himself up to take hold of You; for You have hidden Your face from us, and have consumed us because of our crookednesses.

And now, O Yahuah, You are our Father. We are the clay, and You our potter. And we are all the work of Your hand."

I hope this puts things in their proper perspective, and marriages are made more secure.

Marriage, Divorce, Reconciliation
QUESTION: If a person is legally separated from their spouse and have not divorced, can the separated person date or fall in love with another and have a relationship until they divorce their former spouse?
ANSWER: The separation itself in Yahuah’s eyes is a “divorce” if you think carefully about what it means to not be with your spouse.
We are united by Yahuah as one, and He hates what we call “divorce.” We are here to help one another.
He has no concern whatsoever with what men call “legal separation.” If we are not with our spouse, we are neglecting our spouse.
Yahusha would have the same opinion today as He had 2000 years ago:
“You heard that it was said to those of old, ‘You shall not break wedlock.’ But I say to you that everyone looking at a woman to lust for her has already broken wedlock with her in his heart.” - Mt. 5:27-28
There’s no allowances for “falling in love” with someone else in His words, but He is all about reconciliation.
If we see ourselves in our relationship with Him as a marriage, and we understand He went to great lengths to reconcile us to Himself,
then our own marriage partner should be a “rescue” we should dedicate our lives to saving.
If we are serious about Him truly living in us, we no longer live, but He lives in us. Our whole being is dedicated to Him, and our life while in the flesh becomes His vessel. If our fruits (behavior) are not His, we are holding-back something from Him.
He wants all of us, all the time. We should seek to be so dedicated to our spouse in the same way.
More study: Yn. 8, Gal. 5, Romans 2, 13, & 1 Kor. 7
www.fossilizedcustoms.com/love.html

Videos on dating and marriage: 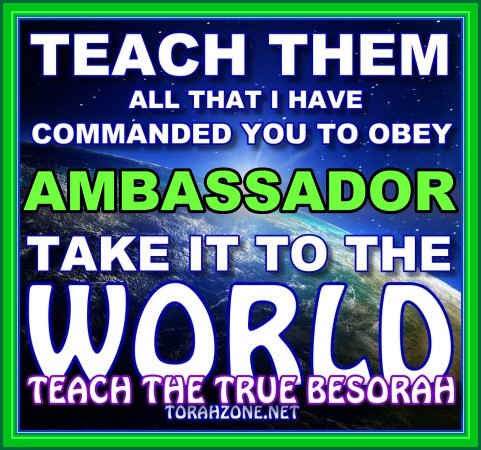 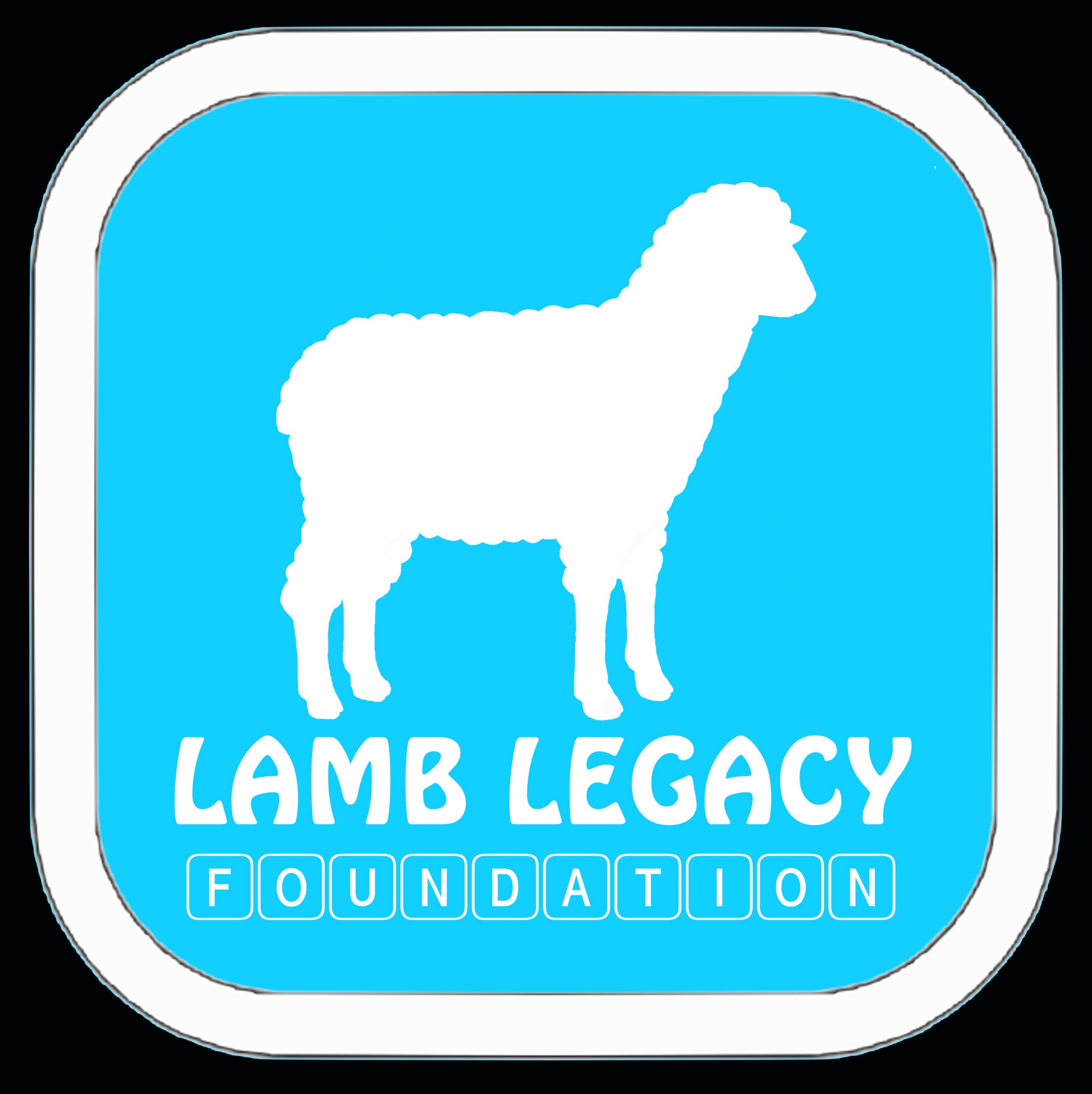