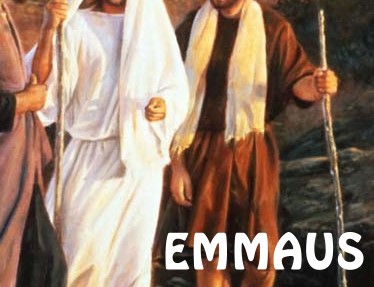 WHO WERE THE TWO DISCIPLES
ON THE ROAD TO EMMAUS?

Emmaus or Imuas means "warm spring."
It is 7 miles northwest of Yerushalayim.

Cleopas (Qlophah) and his wife Miryam, walked together with the resurrected Yahusha for 7 miles as they returned to their home in the village of Emmaus (Luke 24:13).
Cleopas' wife Miryam was the “other Miryam” that was mentioned at Mt 28:1.
She is mentioned again as the sister of Yahusha’s mother:

Yn. 19:25: “And by the stake of Yahusha stood His mother, and His mother’s sister, Miryam the wife of Qlophah, and Miryam from Magdala.”
Imagine that  - two sisters with the same name.
When Yahusha walked with these two to Emmaus, He was walking with His aunt and uncle.
The report provided at Luke 24 is one of several instances when Yahusha was unable to be recognized, even by close family members. He could pass through crowds without being identified, and even appear and disappear in the midst of people inside buildings or outside. He could walk on water, and command the wind and waves. Yahukanon (aka Alazar, and today "John"), told us:
"Now there is much else that Yahusha did. If every one of them were written down, I think that the world itself would not contain the written books. Aman." Yn. 21:25

Yahusha's abilities certainly have no limits. In a 2013 issue of BAR, Hershel Shanks cites a book he read that quotes a record handed down from Coptic Christians in Egypt that revealed the only way the arresting officers would know they had the right man was if Yahudah (aka judas) gave Him away with his kiss.

Rather than debate what things Yahukanon may have been referring to at Yn. 21:25, we of His followers have experienced Him, and know He is now omnipresent and living in our hearts - so nothing could possibly shock us. The Talmud and Rabbinical traditions accuse Yahusha of being a magician, having learned magical formulas in Egypt.

His true identity and abilities will soon be realized by them:

Yahusha is Al Shaddai, the Alef-Tau, the Beginning and Ending; He was dead, and behold, He is alive forevermore. 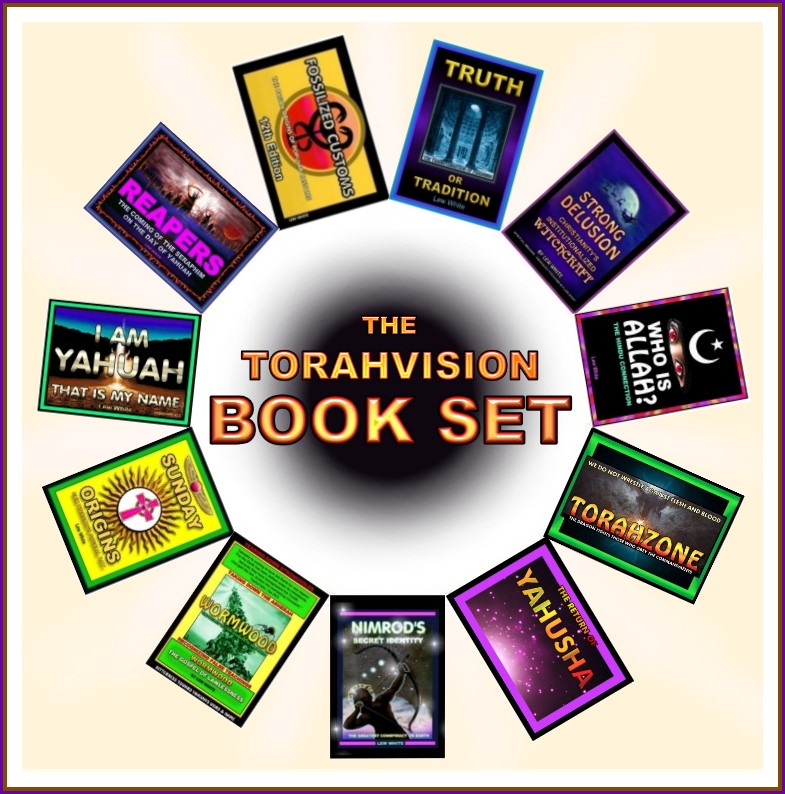