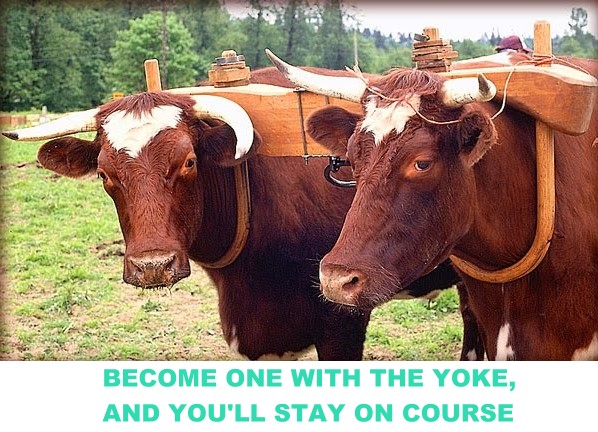 A SABBATH BECAUSE AN ENCYCLOPEDIA SAYS SO?

Certain teachers on the Internet promote all kinds of “historical proofs” and opinions gleaned from articles and encyclopedias.  From what source are we to receive our teachings: traditions of men (sand) or the inspired Words of Torah (Rock)?  Building our house on sand rather than the unchanging Rock of Truth will cause us to be drawn along with every little breeze that comes along, and in the end, our entire house will suffer catastrophic failure.  Scientists don’t all agree with one another.  Neither do theologians.

Articles in encyclopedias are not inspired, and reflect the personal views of those who wrote them. When we prove what to believe about anything, the only thing that matters is that we "speak the Word", from which comes our correcting, rebuking, and training in righteousness.

Consult Scripture for doctrine, without carrying anything to the study from the outside:

2Ti 4:2-4:  “Proclaim the Word! Be urgent in season, out of season. Reprove, warn, appeal, with all patience and teaching.

For there shall be a time when they shall not bear sound teaching, but according to their own desires, they shall heap up for themselves teachers tickling the ear, and they shall indeed turn their ears away from the Truth, and be turned aside to myths.”

What a particular group may have done in the past has no bearing on Truth, since there were many mixtures and misguided teachings changing the simple instructions (hence the expulsions from the land). Leaders and prophets not sent by Yahuah led the people astray (Jer 23:16, Is 3:12).  The mistakes recorded for us in Scripture are examples of things we shouldn’t do, and so “outside” writings about what they did in the past simply chronicle more details of their errors.   These are the “myths” cited to be relevant by contemporary teachers.  The Sabbath day is a repeating cycle of 7 DAYS, and is not based on the moon;  only the cycle of night/day (evening/morning).  If the Sabbath day were based on the moon, Yahuah would have told us, not an encyclopedia article.  One does not do any laborious work each 7th day, nor go out of his place (Ex 16:29).  The first day of a month is not, in itself, an indication we are to refrain from building, cooking, or commerce.  The one exception is the 1st day of the 7th moon, which is given as an appointed time to do no work; only cooking is permitted (Lev 23:24).

Notice an example of serious work prescribed for the 1st day of the 1st moon from the text at Ex 40:1-3:

“And Yahuah spoke to Mosheh, saying,

‘On the first day of the first month, you are to raise up the Dwelling Place of the Tent of Meeting, and shall put in it the ark of the Witness, and screen the ark with the veil.”

At a moment in time, a name came into existence for the first time ever, recorded at Numbers 13:16.

One man simply added one letter to the beginning of another man’s name.

Although the name is above every name, it is for the most part unknown to the world.

It is the name which the Mashiach (Messiah) came in!

We know our Mashiach’s Name has the same spelling in Hebrew, as Acts 7:45 and Hebrews 4:8 reveals to us. The translators have taken the Greek spelling IESOUS and rendered it into English as both “Joshua” and “Jesus”! These Nicolaitanes “rendered” the Name into cryptograms such as IHS and IC XC to conceal it. The real Name is the last thing they want to get out into the world, and they work diligently to prevent it. The real Name is Hebrew, and its correct spelling is expressed in the TaNaK at least 216 times.

ZecharYah 3 identifies the 5-lettered Hebrew Name to be that of the High Priest, and this chapter is a prophecy concerning the coming Mashiach.

For a complete list of each occurrence where the spelling is YOD-HAY-UAU-SHIN-AYIN (216 times as 5 letters that produce Yahusha), all it takes is an exhaustive concordance. The Name “Yahusha” means “Yah is our Deliverer”. If you have a printed concordance, you can look up the name “Joshua” and find there are 219 occurrences. The spelling is YOD-HAY-UAU-SHIN-AYIN (5 letters) for 216 of these. “Joshua” is a construction with several distortions. The other 3 occurrences are forms of this same name, however there are variant spellings.

Deuteronomy has 7 other incidences with 5 letters for this name.

Judges has 5 other incidences with 5 letters for this name.

At one place in all of the TaNaK, there is an occurrence using 4 letters, YOD-SHIN-UAU-AYIN (Y’shua, a shortened form of the name).

That address is Neh. 8:7. Because there are 3 variants of spelling found in Scripture for the spelling of the Name above all names, and all stand for the meaning “Yahuah is our deliverance”, we should overlook the differences in one another and accept all the variants: