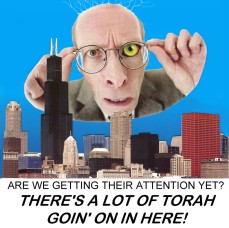 Individuals respond to information from outside their "box" in very interesting ways.  After being programmed with error over many centuries, the Truth will sound like rubbish to almost everyone's ears.  As we receive comments from people who disagree, we'll post a few of them "anonymously" on this page for you to be able to read them.   Enjoy!  (All typos retained, including my own  -  Lew:-): human hair extensions uk

Received 8-8-2008 Roman Date:   "Havig just read the excerpts from the Lew White book, Fossilized Customs, all I can say is; What a load of horse pucky! Just off the top, Baal was a mid-eastern God never worshiped in the Celtic lands. This guy needs to do some research before he spews this asinine claptrap."

Lew responds:  Anyone can google.com the words "Baal, Druids", and find many thousands of examples to prove the "horse pucky" found in the book Fossilized Customs, because the "Phoenicians" spread Baal worship all across the Earth in the aftermath of the Assyrian invasions of northern Israel during the 8th century BCE.  The "Phoenicians" were these "sea people", and were in fact the Israelites (not widely known by secular historians).  The apostate Israelites who worshipped Baal spread to the north of the Black Sea to become the Sacae and Parthians, and to north, central, and south America, and to the northern lands and islands of Scandinavia.  The United Kingdom was anciently referred to as Hibernia, from the name "EBER", the Hebrew.  Their Baal worship can be easily proven, since the influence of Jezebel's (Isabel, virgin of Baal) worship of Baal/Asherah in northern Israel is renowned (the "Phoenicians" were Samaritans, or northern Israelites, but given a Greek name by the fifth century BCE historian Herodotus meaning "date palm", thus we have the words Phoenicia, phoinix, and phoenix).  He called everyone living in the land of Canaan a "Phoenician" -  but they never called themselves that (they called themselves "Israel").  Jezebel's extensive influence on Israel is also mentioned in Revelation 2.   The Celtic peoples, such as those we call the ancient "Irish", were also these Israelite "sea people" (Israel was a sea empire more than a land empire).  The Carthaginians (Kirjath Chadashah, "New City") were scattered northern Israelites who worshipped Baal in north Africa, and one of their most famous generals was Hannibal, a name which literally means "joy of Baal".  The terms for Baal are assorted, and among them are words like Bel, Beal, Bal, Beil, etc.,.  The Druids still openly worship the sun in the name of Baal.  The Irish language is a treasure-trove of terms which refer to Baal:  Belfast,Baltimore, and Baltic are examples of terms and names that pertain to Baal.  Beal-agh is Irish for "fire of Baal", Meur-Bheil means "finger of Baal", and they call the "god of fire" by the name "Beli".   4 miles north of Cork is a field for the worship of Baal, named Beal-atha-magh-adhoir.  The Druid summer solstice is called by the name Baal Tinne.  The oracle of the Druids bears the title, "Suil-Beal", and there is a hill by the name of Sliabh-Bulteine, meaning "hill of Baal".  The old Irish name for "year" literally means "circle of Baal":  BEALAINE.  This guy, Lew White, doesn't intend to mislead or offend anyone by sharing these facts.  I know it's hard to believe, but what's in Fossilized Customs is true.

Received 4-18-2006 Roman Date:   "There is no doctrine on this whole website. My brother is involved in this garbage so I continue to check it out, but cannot find anything that is promising here. I have not read anything anywhere in this site to say anything about Jesus Christ as Lord. If the Tora is the only thing that sets you up for heaven, why are you always giving your scripture from the bible? If you are still looking for the messiah why don't you ever say that? I would just love to know what your religious background was. More than likely you got kicked out from your church so you just made up your own. That is what happened to my brother and also my nephew who are involved with this STUFF."  (DIRECTLY FROM COMMENT FORM)

Received 6-23-2006 Roman Date:   "Fossilized Customs is an interesting read, but considering its lack of justifying sources we should beware of its theses. Good scholarship would include first-level sources for every assertion. There is no way to verify anything that Mr. White has said in this book." (FROM BOOK REVIEW AT AMAZON.COM)

Lew responds:   "Aren't people's opinions absolutely amazing?  Please send in yours and make it brief enough for me to post here, (COMMENT FORM) and tell me that's what you'd like.   That comment above, "There is no way to verify anything that Mr. White has said in this book", if it were a true statement, would mean we would all be in great jeopardy.  The only way we can verify anything we hear or read is by searching out the matter.  I've simply "rung some bells" that many people would rather not have heard rung.  As O.W. Holmes said, "Once a mind has been stretched over a new idea, it never regains its original dimensions."  Let's "ring some bells" and let the Truth be heard.  (I'm speaking figuratively, because using bells for anything but warning people might be a little too Pagan.  Horses had bells to warn people of their approach, and one day the bells on horses will have 'Qodesh to Yahuah' written on them  -  Zech. 14:20)."

"God isn't about following RELIGON and putting others down for how WE feel God is bringing us closer to him. I admit my life isn't perfect BUT there is not WAY I will ever a stray away from my God!!! Christ has sent me FREE and I an no longer BOUNDED. I don't have a complaint or problem with what you say, because I am like YOU, no one to judge. Our God is the only to judge, if you or I or correct. But I do come with a suggestion and that is to LOVE!!!! I see more hatered in your words towards those who don't follow as you "FEEL"!!!! I leave this page very disaopointed by those who call themselves the "CLEAN" to really seeing your hearts and motives to things very 'UNCLEAN'!!!!"

Lew responds:   "Thank you for writing to me.  The thing that makes us clean is the Covenant sealed in Yahushua’s precious blood, which He brings with Him to write upon our hearts.  We are to “abide” (live) in His Word (the Covenant), and if we do we are truly His students, and we will know the Truth and the Truth will set us free (from sin, and false teachings as well).  I’m sorry some of the words you’ve read sounded like hatred.  Wow, that is not good.  Can you find a sentence that offends you in this way and I’ll get to work changing it."  Note:  When I sent this message to reply to JESUS SAVES, my message was returned because the Email provided by JESUS SAVES had "permanent fatal errors".  There is no such person with an Email account at yahoo.com.

Another aspect you might consider:  the adversary seeks to teach error, but also to involve us in endless, time-consuming disputes that don’t have any bearing on our redemption.  Wasting our time is one of the most effective ways of hampering the mission Yahushua has given to us.  It is stunning to me to see the variety of ways people can find or invent to become divided on, and get off-task.  We have no business becoming embroiled in senseless, useless debates.  We have to get “the nations” taught  “everything I commanded you to obey” (Torah)  --  unless we perform this mission (or commission) as priests to the nations, they will not enter into the Covenant, and we will have used all the time we had to get the job done on arguing over whether or not Yahushua was a leper, or some other incredible nonsense.   Although polygamy is permitted by Torah (Ex/Shemoth 21:10), those of us who currently live under the Roman system must obey the civil laws limiting the number of wives to one;  yet, some teach to rebel against this civil ruling if one wants to.  We are living in a period most like the time of the "Judges", when every man did what is right in his own eyes.  People argue over the man-made teaching of “the trinity”;  how is that in the least any part of “everything I commanded you to obey” ?   People know all “about” Yahusha, but few seem to know what it is He said concerning the “message of life”.  Without repenting (obeying Torah), all will perish.

I’m sure that people with a “pet peeve” or “special revelation” may believe it is important, and the “Bible Answer Man” may believe “the trinity” is important, but these things will have no bearing whatsoever on anyone’s redemption.  Possessing all knowledge without love is pointless.  We need to pray that men will get back “on task”, and teach the Covenant to those without it, so they will not perish.  It’s far more serious than most know, and time is wasting.  You could easily be drawn into the endless debates with various teachers, but the overall result would be a failure to get the main task accomplished  -  and those you debate with will not change their minds.  They don’t even realize the priority of our mission, or how little time there is to get it done.

DISCUSSION ON FOSSILIZED CUSTOMS FORUM AT AMAZON.COM  (CLICK AT LEFT)

More enlightening comments from those who disagree will be added to this page as they are made available.